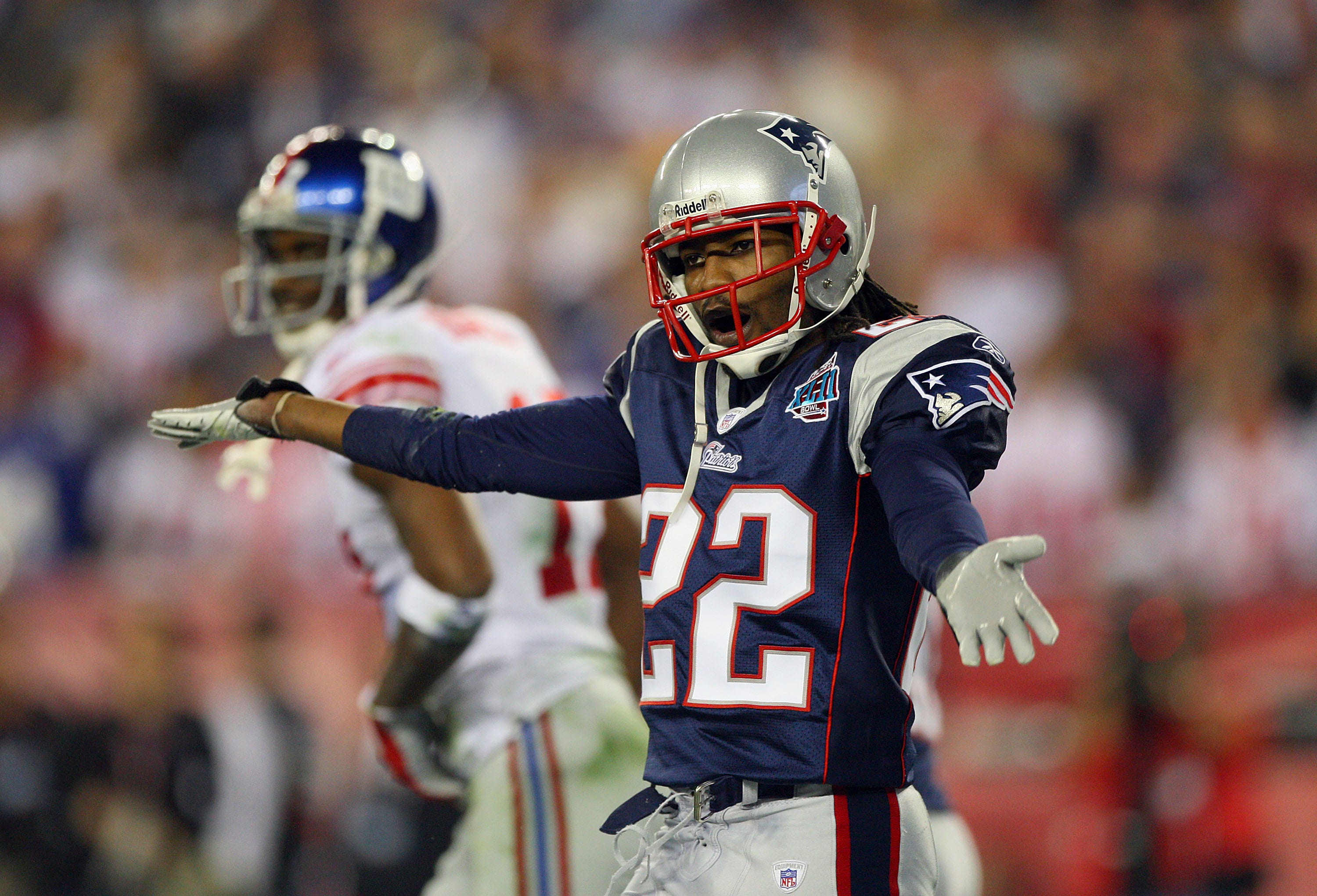 He is tied with legendary Chicago Bears coach George Halas for second on the all-time wins list and is largely regarded as one of the greatest coaches in NFL history.

But, don’t tell one of his former players that.

Two-time Super Bowl champion Asante Samuel took to social media to share his thoughts about his former coach’s prowess after the team’s loss to the Bears.

“Belichick is starting to show you he is an average coach without Brady,” Samuel wrote on Twitter.

Cornerback Asante Samuel #22 of the New England Patriots celebrates after breaking-up a pass thrown to wide receiver Plaxico Burress #17 of the New York Giants in the third quarter during Super Bowl XLII on February 3, 2008 at the University of Phoenix Stadium in Glendale, Arizona.
(Photo by Donald Miralle/Getty Images)

Samuel’s comments come on the heels of Belichick’s much-maligned decision to pull second-year quarterback Mac Jones in favor of Bailey Zappe in the first half of Monday night’s game.

After Jones threw an interception, Zappe entered the game and was greeted by fans chanting his name.

Zappe was asked about the fans’ responses after the game but mostly focused on his on-field performance.

“Yeah, I think obviously, like I said earlier, definitely wanted to play better. I just have to do better at my job, and that’s all it comes down to. That’s all I can control,” Jones said. “Honestly, we’ve got a good chance here to go against the (New York) Jets, and that’s what I’m focused on. I’m going to do my best to put my best foot forward. I’ve been in this situation before, and just going to try to help the team. Whatever my role is, I’ll be ready, and I’ll give it 100%,” Zappe said.

PATRIOTS’ MAC JONES RESPONDS TO BAILEY ZAPPE CHANTS: ‘I JUST HAVE TO DO BETTER AT MY JOB’

Zappe finished the game with 185 passing yards with one touchdown and two interceptions. The Patriots went on lose to the Chicago Bears 33-14.

The team is now in the midst of a quarterback controversy, with Belichick seemingly being uninterested in providing much clarity.

Brady departed New England following the 2019-2020 season. In his first year in Tampa Bay, Brady led his new team to a Super Bowl and earned his seventh Super Bowl ring.

Meanwhile, the Patriots went 7-9 and missed the playoffs in the first year of Brady’s absence. New England dominated for nearly two decades during the Brady-Belichick era.

Belichick has failed to win a single playoff game since Brady departed.

Earlier this year, Samuel went on the “I Am Athlete” podcast and said that some of his former teammates had bought into the “Patriot Way,” to their own detriment.

“Some of them be brainwashed with that Patriot Way. I ain’t going for none of that. I don’t know what no Patriot Way is,” Samuel said, via MassLive.com.

He went on to mention that he felt as if he had been held back during his time with the organization.

“All of them is company men, talking about Patriot Way,” Samuel said. “I don’t know none of that. I’m here to get money, take care of my family, the same way Belichick is here to take care of his family, get his money. So when you try to hold my money back, and you want all your money, I ain’t got no respect for you,” Samuel said.

The New England Patriots selected Samuel in 2003 in the fourth round. He went on to play five seasons with the team, winning back-to-back Super Bowls during his tenure.

He spent time with the Philadelphia Eagles and finished his career with two seasons with the Atlanta Falcons.