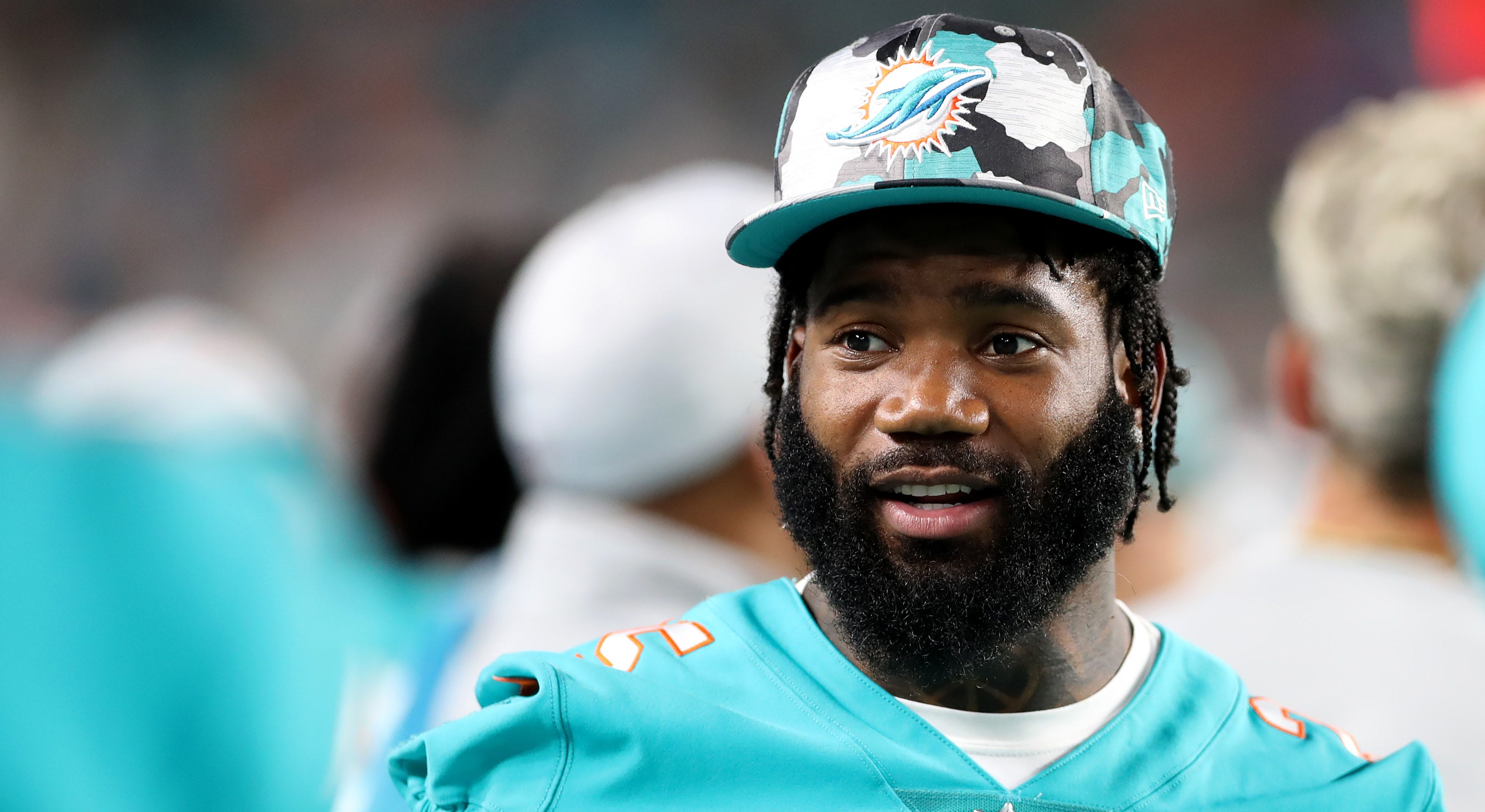 Miami Dolphins cornerback Xavien Howard filed a motion to dismiss a complaint by an unnamed woman, saying that it is “the epitome of a shakedown.”

The woman filed the complaint in Broward County, Fla. against Howard, alleging that he “knowingly and negligently gave her a sexually transmitted disease,” per ESPN.

However, Howard’s attorney, Alan Mensa-Wilmot, says the woman has threatened him, trespassed on his property, and has stalked him while spreading false information.

Howard’s motion was filed this past Friday, two days after the plaintiff’s complaint. Howard also plans to take “his own causes of actions” against the plaintiff.

Xavien Howard #25 of the Miami Dolphins walks through the tunnel prior to an NFL football game against the Minnesota Vikings at Hard Rock Stadium on Oct. 16, 2022 in Miami Gardens, Fla.
(Kevin Sabitus/Getty Images)

With the motion comes screenshots of text messages that are allegedly from the woman, where Howard says that it is “abundantly clear that Plaintiff is nothing more than a scorned ex-lover.”

Howard and his attorney also state that the veteran cornerback has the right to have the woman’s name disclosed in a court or law, and failure to do so is grounds for dismissal.

Xavien Howard #25 of the Miami Dolphins is introduced prior to playing the Buffalo Bills at Hard Rock Stadium on Sept. 25, 2022 in Miami Gardens, Fla.
(Megan Briggs/Getty Images)

Howard is the top cornerback for the Dolphins, starting in all seven games with five passes defended and 22 combined tackles.

However, he’s been having a bit of a rough year in terms of advanced stats, giving up a 123.7 passer rating with 65% of targets his way completed.

He’s also given up three touchdowns thus far after letting up only six in 16 games last season.

Xavien Howard #25 of the Miami Dolphins looks on during the fourth quarter against the Philadelphia Eagles at Hard Rock Stadium on Aug. 27, 2022 in Miami Gardens, Fla.
(Megan Briggs/Getty Images)

Howard is in the first year of his five-year, $90 million deal with the Dolphins, which gave him $36.3 million in guaranteed money.