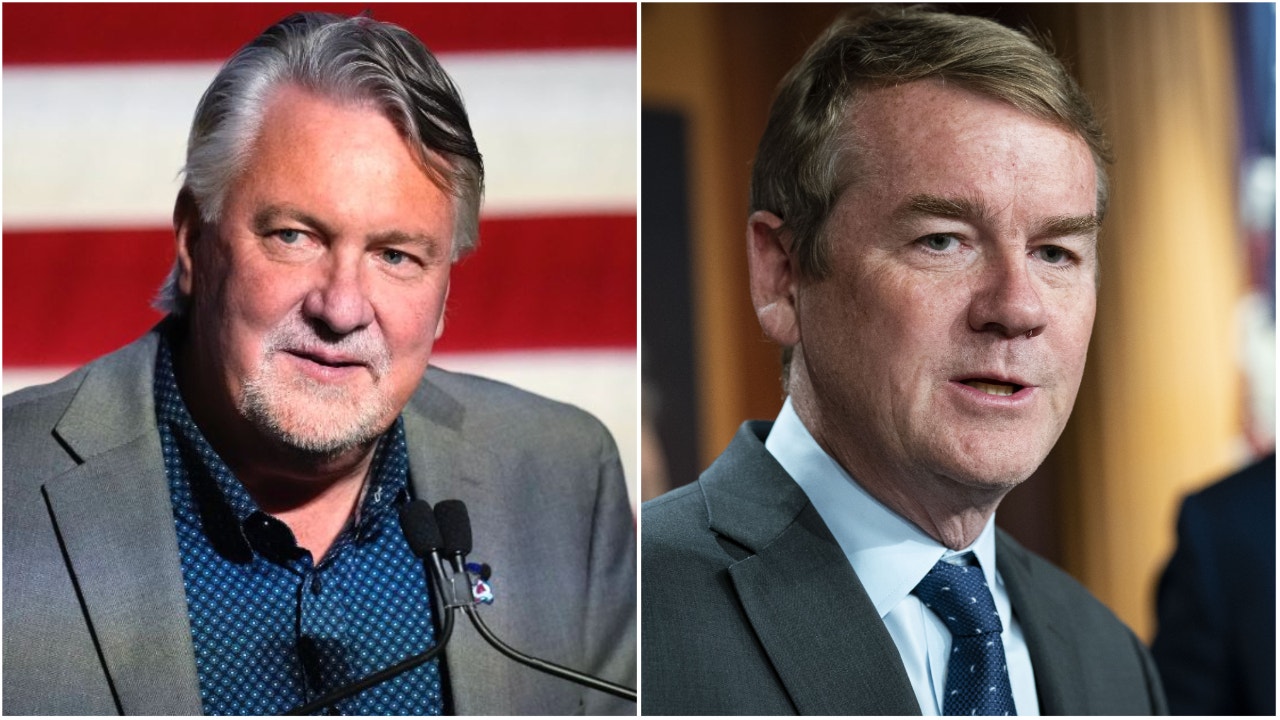 Sen. Michael Bennet, D-Colo., is getting blasted by his opponent as “radical” after his wife was recorded talking to two undercover journalists about how Democrats shouldn’t talk about what’s really in the Inflation Reduction Act and how they could defund the police “quietly.”

Susan Daggett, a law professor at the University of Denver, is seen on video released Monday by Accuracy in Media, arguing that “the most successful efforts in Washington, D.C., are the ones that you never see on the front page of the paper.”

At one point in the video, Daggett agrees and laughs with the two journalists who mused about Democrats disguising a health and climate bill as the Inflation Reduction Act.

“Like, so many great things happened in that bill,” the male journalist said in the video.

Earlier in the video, Daggett argued that Democrats could do a better job getting their more radical agenda passed if they kept quiet about it.

“We’re talking about it for a half a second and let the temperatures come down, and then quietly allocate some funding to mental health, right, and to interventions that can help and maybe not call it police reform,” she said about defunding the police. “There’s just strategic ways to do it that would be just as effective but, you know, not raise the flag.”

The campaign for Republican Joe O’Dea, who is running to unseat Bennet, blasted the Bennets as “radicals.”

“Even on the Inflation Reduction Act, flat out admitting that that wasn’t the intent of the legislation and laughing about the title of it,” he said. “The media and the Democrats called it that until the moment it was passed, and then it became a climate bill, and that’s exactly what Michael Bennet did in terms of how he talked about it.”

“And it’s just it’s so disappointing because this is exactly what so many fear about radical leadership under the Biden-Bennet agenda,” he added. “It’s that they’re truly trying to pull a fast one on the American people. She admits what, in fact, the agenda has been for the last two years.”

The Bennet campaign pushed back against the tactics of the undercover Accuracy in Media journalists, saying it was “despicable ambush theater.”

“This isn’t journalism, it’s despicable ambush theater,” Bennet campaign manager Justin Lamorte said in a statement to Fox News Digital. “It’s disgusting that Joe O’Dea and his campaign are endorsing this tactic. Taking aim at a candidate’s wife is straight out of the Donald Trump playbook.”

Bennet’s campaign accused the journalists of secretly taping Daggett under false pretenses and selectively editing the video. The campaign said the two unnamed people, one claiming to be a graduate student at the same university where Daggett works, claimed to be canvassing the Bennet home when they filmed the video.

Roday also commented on the defund the police portion of the clip and said, “One of the biggest solutions to reducing crime is more cops.”

“We need to champion them,” he said. “We need to give them the funding they need, and that’s part of the reason that the Democrats are going to fall on November 8th tomorrow is because they’re just out of touch.”

In the same video, Daggett is also heard saying she hopes President Biden does not run again in 2024 before later adding that it would “depend a lot on what the dynamics are.”

Daggett did not respond to Fox News Digital’s request for comment.