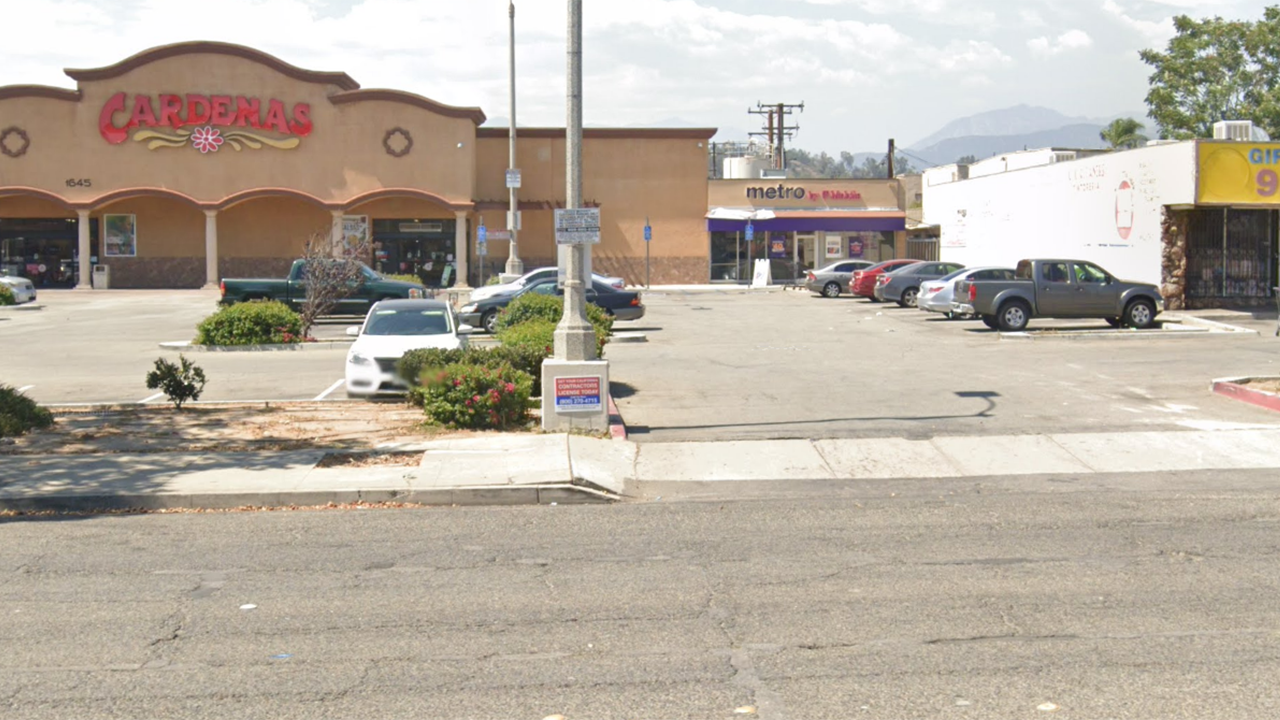 A car smashed through a taco stand in Pomona, California Friday night leaving at least one person dead and several others injured, authorities said.

Officials with the Los Angeles County Fire Department confirmed one fatality, a male, after they responded to the scene of the crash just before 8 p.m., FOX 11 in L.A. reported.

At least 12 others were injured after the driver, who fled the scene, ran through the taco stand, KABC-TV reported. The driver, an unidentified female, later turned herself in.

The taco stand was set up in the parking lot connecting a Cardenas Market grocery store and a Metro Wireless store along West Holt Avenue.

The 1600 block of West Holt Avenue in Pomona, California, the approximate location a car crashed into a taco stand, leaving one person dead and several others injured, the LA Fire Department said.
(Google Maps)

Photos taken at the scene showed one person with a bandage wrapped around his head and several emergency responders and other people in the area.

Glass and taco-making supplies were also scattered along the sidewalk and across the corner of the parking lot. Tables were flipped and a pop-up outdoor canopy was noticeably destroyed.

Officials did not say what caused the crash or whether drugs or alcohol played a factor. The driver was arrested, according to FOX LA.

The deadly crash remains under investigation.