Cuban immigrant celebrates first American paycheck: 'Never had that feeling in my life' 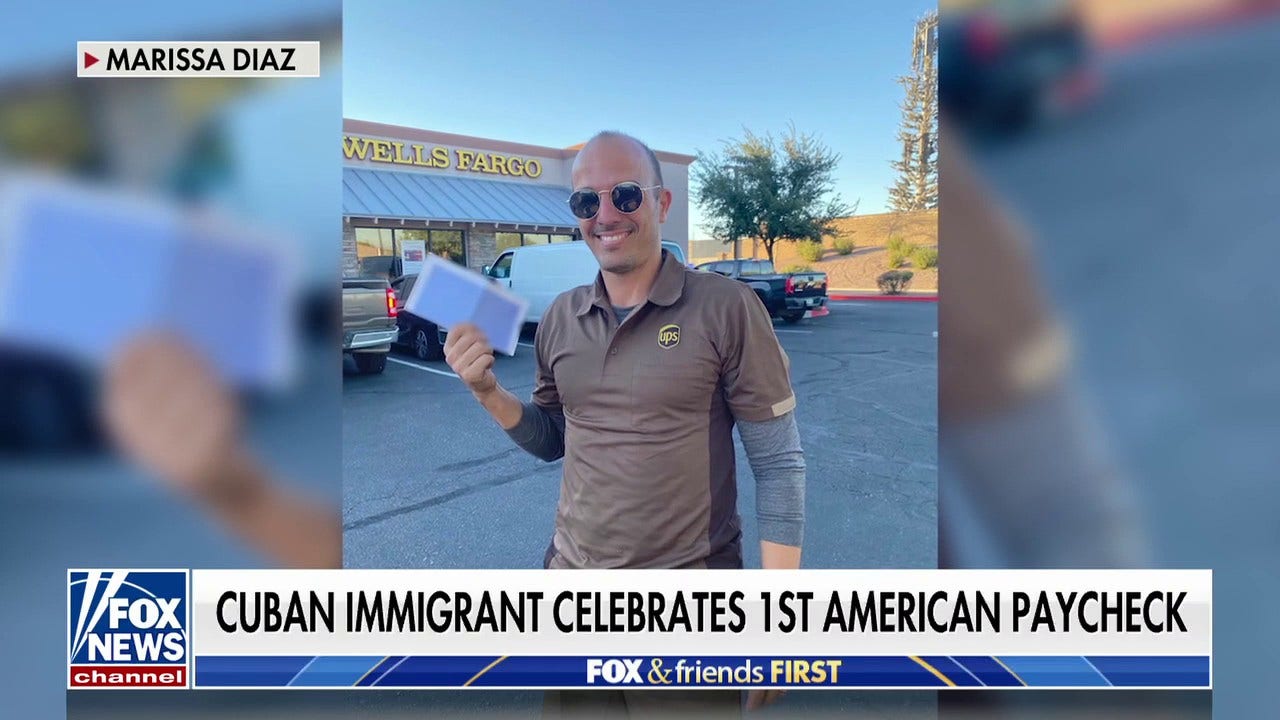 One Cuban immigrant celebrated his first American paycheck after coming to the United States just one year ago, as he continues on the journey to finding his own American dream.

Yoel Diaz, who immigrated to the United States in 2021, joined “Fox & Friends First” Monday with his wife, Marissa, to discuss what it was like to receive his first paycheck in the United States.

“I never had that feeling in my life because… I feel the future,” Yoel told co-host Ashley Strohmier. “With that check, I control my future better, more opportunity… In my country, I never had that sensation because I earned 12 bucks in the month.”

Yoel’s wife, Marissa, has documented various “first” experiences for her husband, including his first time in Times Square, his first American paycheck and his first time at Walmart.

“In Cuba, there’s empty shelves and long lines just to buy a piece of chicken,” Marissa said. “And when you go into a store like Wal-Mart or any other grocery store, and there’s everything there for you, and it’s so easy. There’s no line, there’s no food rationing, there’s none of that.”

Yoel Diaz, a Cuban immigrant, celebrating his first paycheck in the United States

She said she still tears up watching her husband experience things for the first time, as she continues to document the various milestones along his journey.

“Behind the camera, I’m always crying because Joel has gone through this, but his reaction is not unique,” Marissa said. “There are so many immigrants that have these reactions, especially Cuban immigrants that come from a radically different country.”

“And I’m just I’m so proud of how he’s been able to adapt in a country that he really didn’t know anything about,” she continued.

Yoel, who used to earn less than $15 per month as a professor in Cuba, said he is 100% proud to be living in the United States.

“I want the people [to] understand [the] United States [is] the best country,” Yoel said. “You control your life, you think about a dream.”