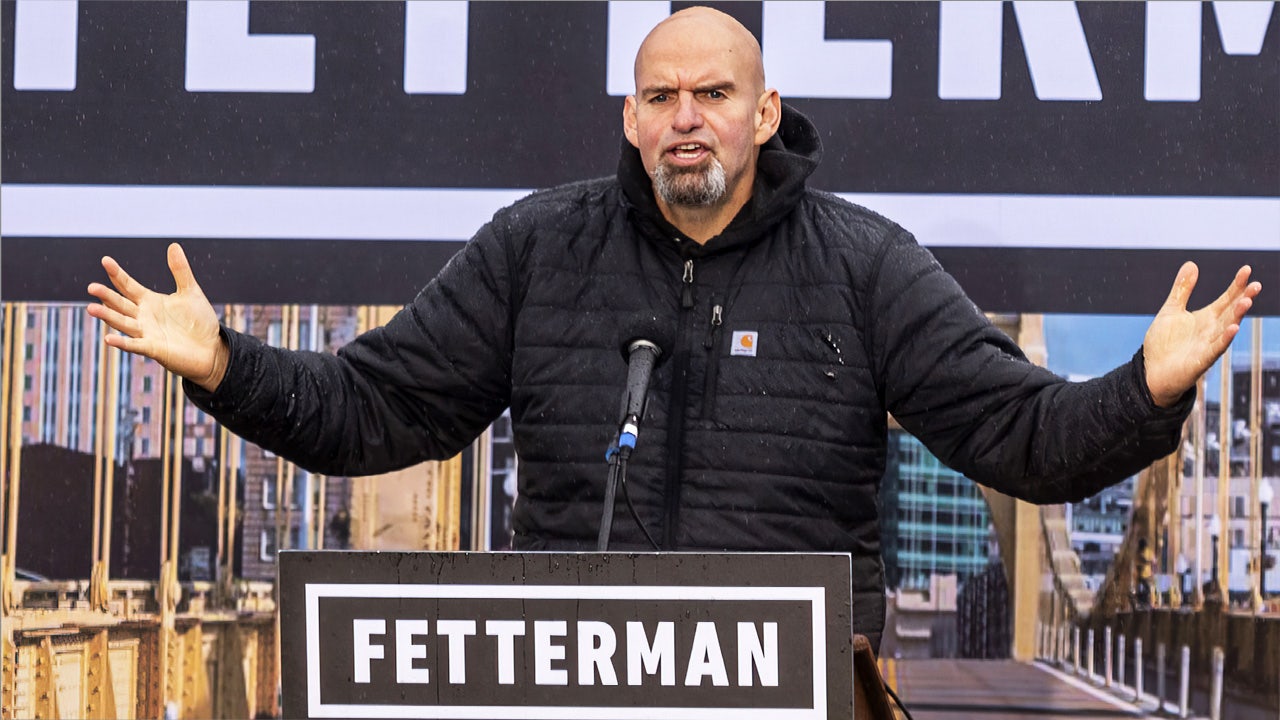 Outkick founder Clay Travis echoed calls from Fox News’ Sean Hannity for Pennsylvania Democratic Lt. Gov. John Fetterman to take the conservative host up on his offer to appear on up to three hours of radio and an hour of television.

“On what you offered to John Fetterman, I would extend the offer the same way,” Travis said, referring to the nationally syndicated “Clay Travis and Buck Sexton Show” of which he co-hosts.

“Maybe he won’t be able to claim that I’ve been as vociferous of a critic of his, although I’d like to think that I have, because he is the worst candidate that either party has nominated for a statewide elective office in all of 2022.”

Travis said his classification of Fetterman to that effect is irrespective of his current medical issues or any nonpolitical considerations.

Citing his current recovery from a Spring stroke, Travis criticized Fetterman’s ability to answer MSNBC reporter Dasha Burns’ questions even with the help of a desktop computer screen and captioning apparatus.

During a forum with the editorial board of PennLive, the online publication of the Harrisburg Patriot-News in the state’s capital, Fetterman confirmed he will not consider joining Hannity anytime soon.

Board member Jeffrey Lord, a Cumberland County-based writer and longtime contributor to the American Spectator, had challenged Fetterman’s stance, citing his own former work for the late Sen. John Heinz III’s, R-Pa., campaigns.

Heinz, scion of the namesake Pittsburgh ketchup company, died in a plane crash near Philadelphia in 1991 and his widow is currently married to Biden climate czar John Kerry.

Lord pointed out Fetterman would have easy access to WHP radio in Harrisburg, where Hannity’s radio show is locally syndicated.

“You have to do this ‘debating the opposition’ thing all the time,” Lord said, citing his time working for Heinz, and how the late Republican held multiple debates per cycle and spoke to a wide range of press.

“It’s actually a fact that Fox News, [which] Sean Hannity is a part of, has spent the last five or six weeks unloading on us and saying outrageous things,” Fetterman responded.

“This is not surely a fair and serious venue and I just would not take that – it’s an unserious invitation because [Hannity] is all-in for Dr. Oz,” the Democrat claimed.

On “Hannity,” Travis added that Fetterman “needs to be gone” in addition because he “quite simply cannot do the job.”

“If he had any sense of decency he would step down and allow someone else to run, because he doesn’t have the health ability to do this.”

In further response, former California gubernatorial candidate Larry Elder dismissed Fetterman’s claim, saying that as a Republican Angeleno running for office – he didn’t have the option of much of any proverbial friendly media as Fetterman does.

“He says he won’t come on your program because you’re, quote, all in for Dr. Oz,” Elder said.

“For crying out loud. I ran for governor, as you know, out here in California. The newspapers were all in on my opponent, Gavin Newsom, The Sacramento Bee, L.A. Times. I still did interviews,” said Elder, currently a conservative radio host.

“If we Republicans don’t do interviews because the media is all in on the other side, we wouldn’t do any interviews.”