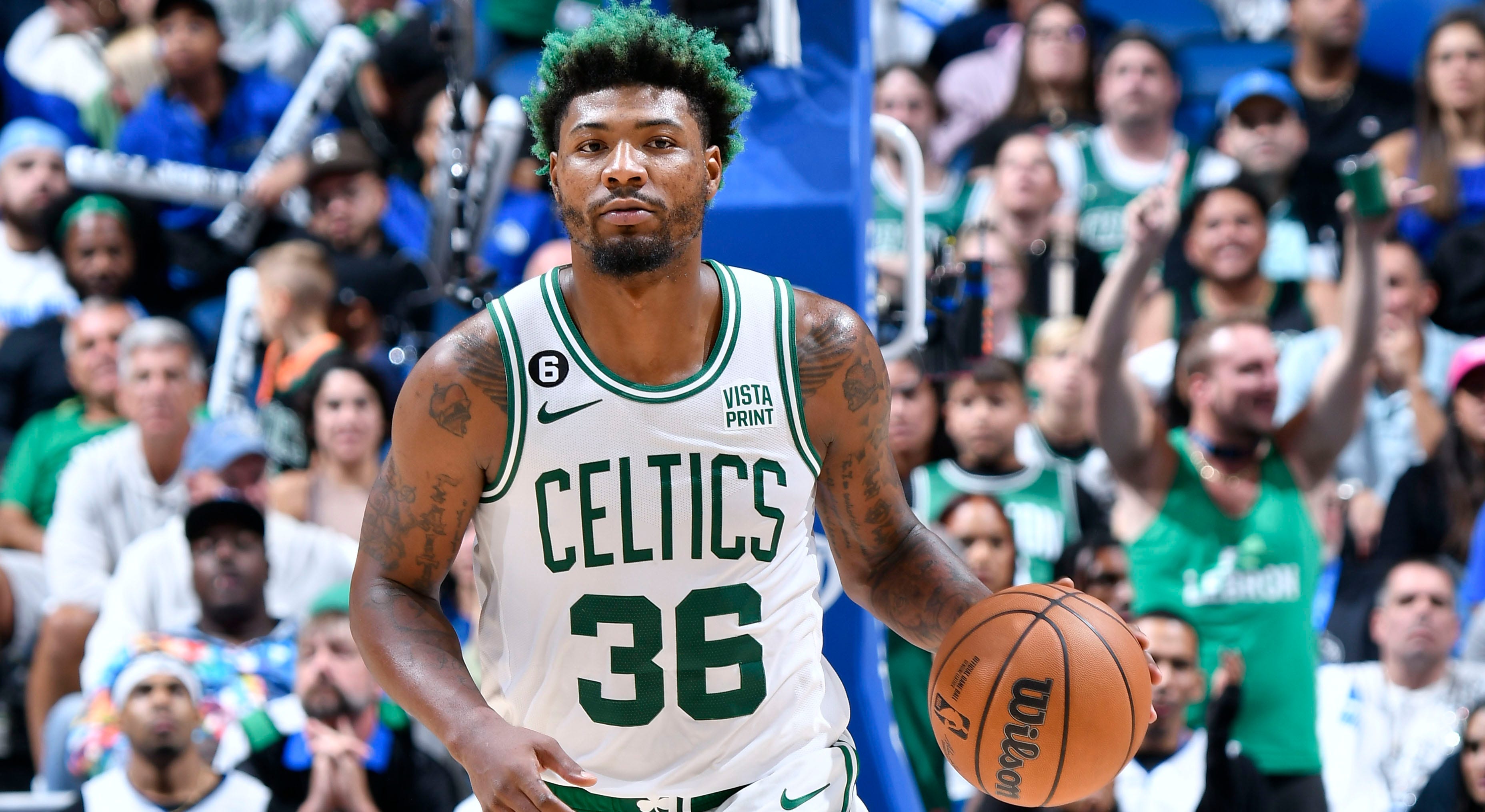 Boston Celtics guard Marcus Smart will always go out of his way to make good defensive plays, and he doesn’t care who gets in his way.

Playing against the Chicago Bulls on Monday night, Smart deflected a pass from DeMar DeRozan to Zach LaVine, and instead of going out of bounds, the ball hit off referee Marc Davis’s head and stayed in.

DeMar DeRozan #11 of the Chicago Bulls dribbles against Jaylen Brown #7 of the Boston Celtics during the first half at United Center on October 24, 2022 in Chicago, Illinois.
(Michael Reaves/Getty Images)

Smart, recognizing that, sprinted over and tried to keep the ball in bounds. But Davis was once again in the way. Smart bounced it off his head for the second time instead of on the hardwood.

Davis made the call that the ball was out on Smart, and they both smiled as both teams set back up for the inbound pass.

Smart’s Celtics weren’t able to get the win in the game either, as the Bulls picked up a 120-102 victory on their home court.

DeMar DeRozan #11 of the Chicago Bulls looks on against the Boston Celtics during the first half at United Center on October 24, 2022 in Chicago, Illinois.
(Michael Reaves/Getty Images)

DeRozan was the team leader in points, finishing the game with 25 as well as five rebounds and five assists. Ayo Dosunmu, the Bulls’ point guard, was also feeling himself with 22 points, six boards and two assists.

Smart would finish with 11 points, six assists and one rebounds, while Jayson Tatum led Boston with 26 points and eight boards. Jaylen Brown also had 21 points with six rebounds and two assists.

Marcus Smart #36 of the Boston Celtics handles the ball during the game against the Orlando Magic on October 22, 2022 at Amway Center in Orlando, Florida.
( Fernando Medina/NBAE via Getty Images)

That was the Bulls’ second win of the season, moving to 2-2 while the Celtics lost their first game of the year and are now 3-1.