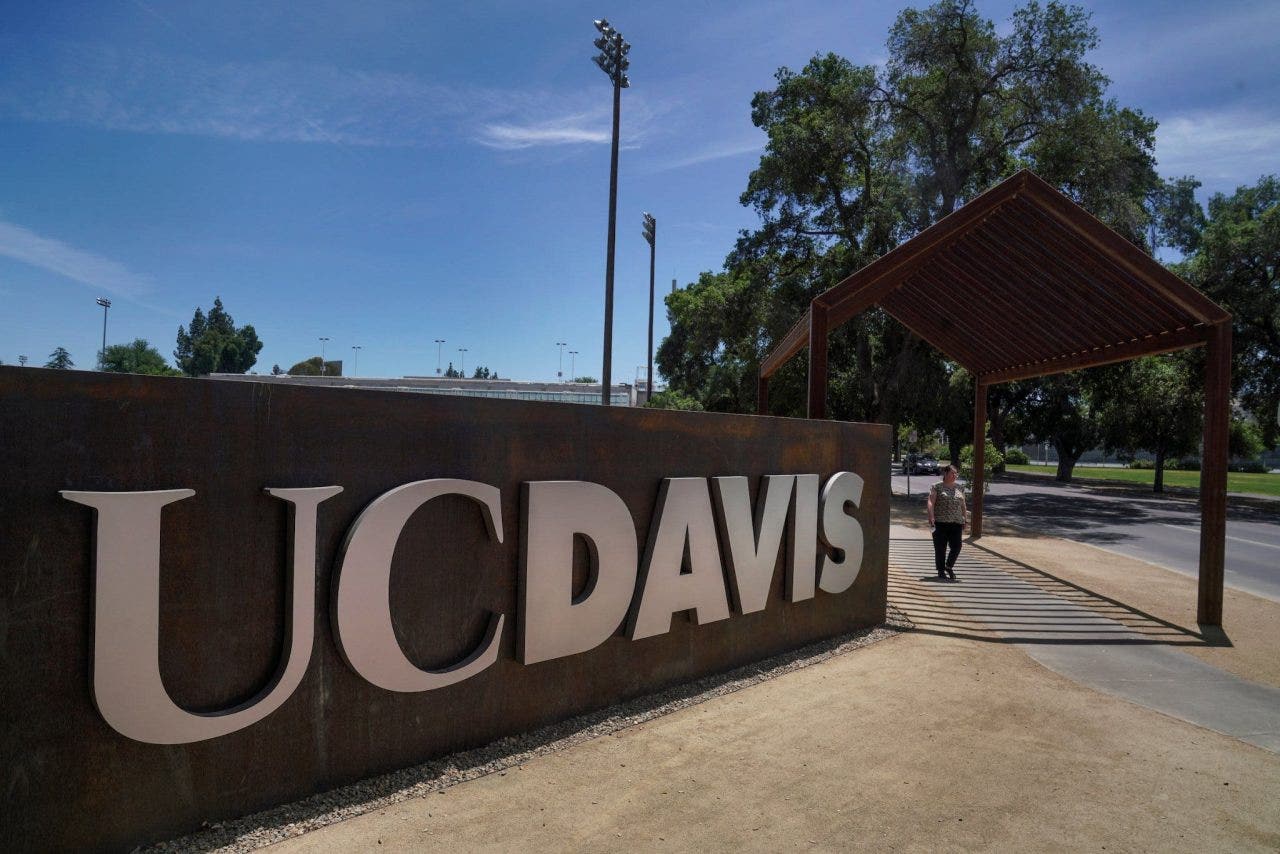 The University of California Davis canceled a student-led event with Turning Point USA, featuring Stephen “MAGA Hulk” Davis, on Tuesday after fights broke out between protesters and counter-protesters.

In a statement issued Tuesday evening, the university said the event was canceled before Davis began speaking after about 100 people outside the conference center started fighting, using pepper spray, knocking over barricades, removing traffic cones and banging barricades on the glass of the venue. UC Davis claims some people fighting were wearing “Proud Boys” clothing.

Approximately 30 people were inside the venue waiting for the event to start when the fights took place, the university said.

The disturbances ultimately led to student organizers and university officials agreeing to cancel the event out of “concern for safety.” Students and the speaker were then evacuated from the building.

Stephen “MAGA Hulk” Davis was scheduled to speak at UC Davis on Tuesday, Oct. 25, with Turning Point USA, but the event was canceled due to safety concerns.
(@stephendavis1776/Instagram)

In the statement, UC Davis said as a public institution it “values and supports freedom of expression as rights guaranteed to every citizen,” and it was unfortunate that the event could not go on as planned.

“The health and the well-being of our community is our priority. In preparing for tonight’s speaker and activities, we worked with the students to create a secure environment, including a safety plan, where freedom of speech could be exercised, including for those wishing to protest the speaker. UC Davis Student Affairs staff attended the event to provide education about student expression and to encourage respectful and productive dialogue,” the statement read.

The university added that hateful words may be protected by the First Amendment, but calls for harm and acts of violence are not.

CHARLIE KIRK CALLS HIGHER EDUCATION A ‘SCAM’ IN NEW BOOK: DO ‘ANYTHING BUT COLLEGE’

“As a public university, we are committed to the First Amendment, and we are required to uphold it,” the statement read. “We affirm the right of our students — in this instance, Turning Point USA at UC Davis — to invite speakers to our campus, just as we affirm the right of others to protest speakers whose views they find upsetting or offensive.”

The university also wrote that it aims to create an environment conducive to the discussion of diverse ideas and points of view.

Days before the event, Davis posted a picture on his Twitter account seemingly showing a negative reaction to his and Turning Point USA’s presence on campus.

He said original event flyers on campus were torn down and replaced with ones claiming the organization is “notoriously racist, homophobic, transphobic, and anti-immigrant.”

The flyer ended by encouraging “those who oppose racism and bigotry” to “make it known” that Turning Point USA is not welcome at UC Davis.

It was not immediately clear if the event will be rescheduled or not.