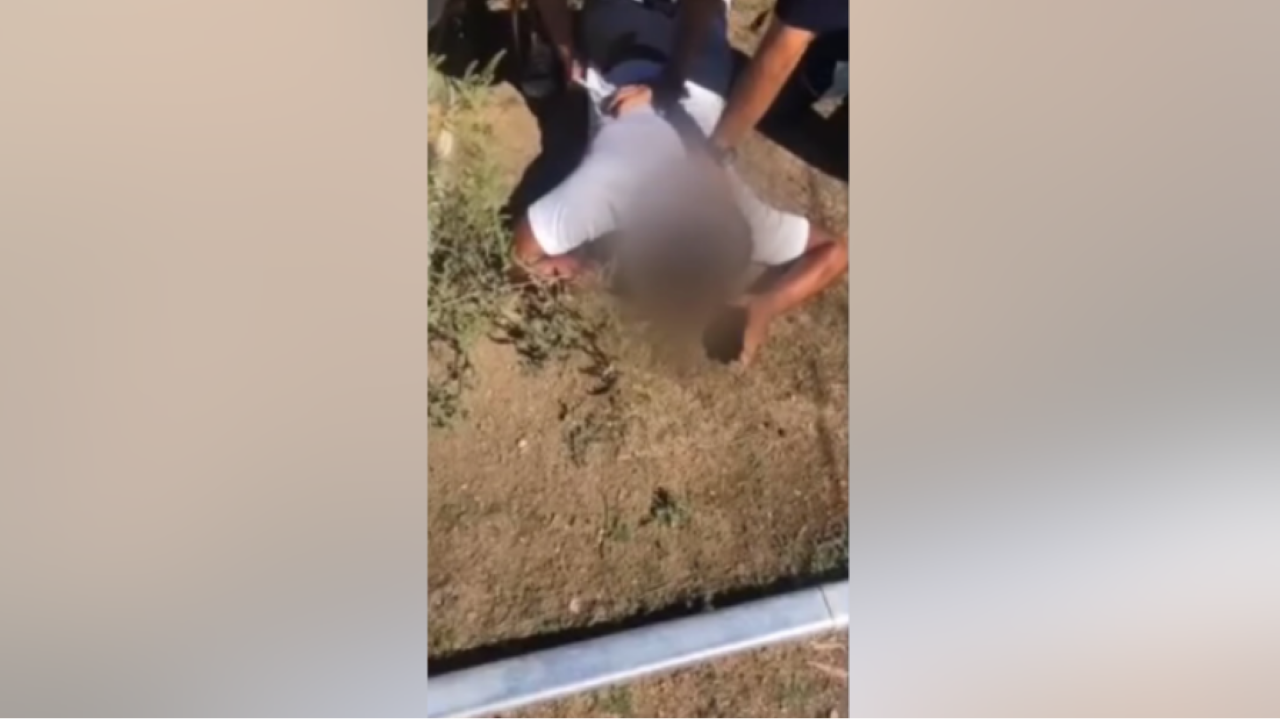 The incident happened Monday at Lakeland Village School in Lake Elsinore, which serves students in kindergarten through eighth grade. The teenager, who did not attend the school or have permission to be there, entered the campus at 11:30 a.m.

According to the Riverside County Sheriff’s Department, the suspect “committed a lewd act upon a child while on campus” and then fled on foot.

The school was placed on lockdown until the Lake Elsinore teenager was arrested shortly after on a nearby street.

The 15-year-old Lake Elsinore teen was held down by school officials before being arrested.
(Obtained by FOX 11 Los Angeles)

Bystander video shows the teenager on the ground while school officials hold him down during the arrest. The suspect, who complied with the adults, asked to use the restroom but was denied. (WARNING: THE VIDEO CONTAINS GRAPHIC LANGUAGE THAT MAY BE DISTURBING TO SOME VIEWERS.)

Authorities believe that multiple students were assaulted, but are still determining how many victims were involved. It is also unclear how the teenager snuck onto the school campus, but officials believe he acted alone.

“Based on evidence obtained at the scene, investigators are certain the suspect acted alone and there are no other suspects wanted in connection for this case,” the sheriff’s department said.

WOMAN CUTS OFF BOYFRIEND’S PENIS FOR ATTEMPTED RAPE OF 14-YEAR-OLD DAUGHTER: ‘NO REGRETS’

In a statement obtained by FOX 11 Los Angeles, Lake Elsinore Unified School District acknowledged that the news was “unsettling” for parents.

“From this situation, we are going to review our emergency protocols across the district because if there are any steps that we can take to increase safety, security and timely communication with our staff and families, then we want to identify and adopt these improvements,” the statement read.

Authorities are investigating the incident. Fox News Digital reached out to Lake Elsinore School District for comment but did not receive a response.