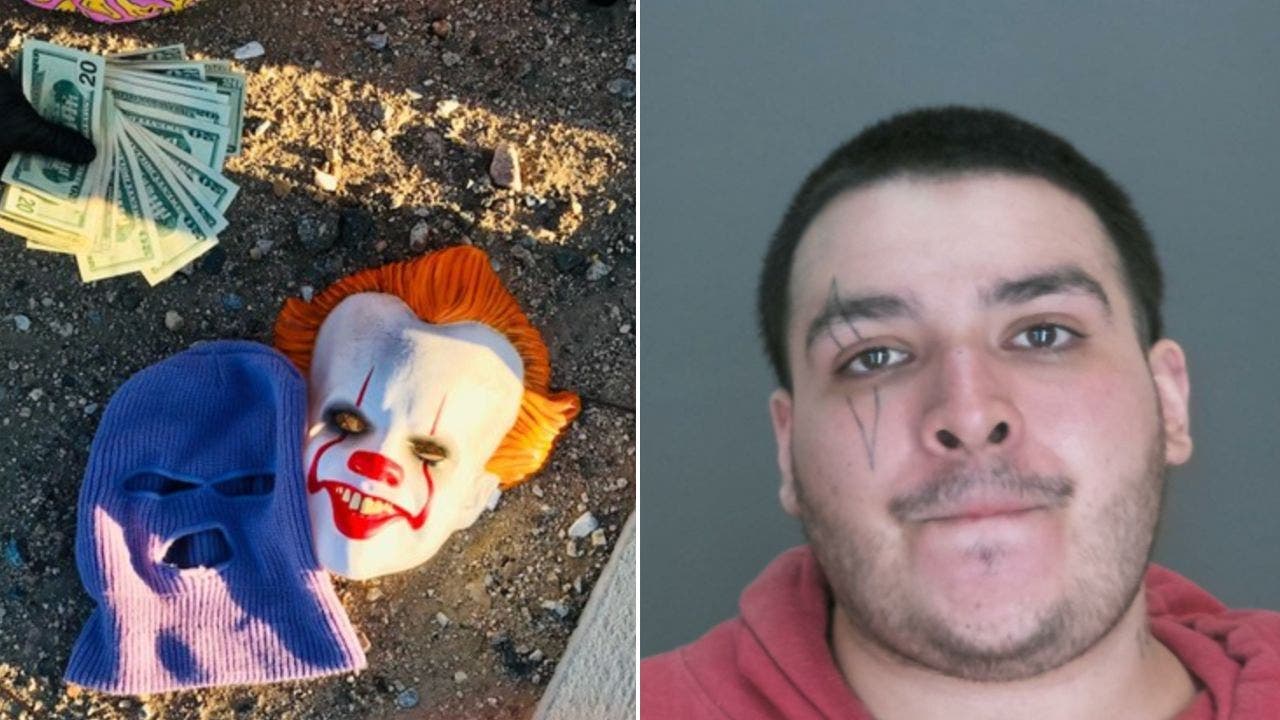 A California man was arrested for allegedly going on a crime spree while wearing a Pennywise clown mask on Tuesday in Victorville, California, police said.

A woman called 911 at about 5:15 p.m. to report that a man wearing a white clown mask and red sweatshirt had just robbed her as she withdrew money from an ATM.

Joel Hernandez, 22, was arrested for allegedly sexually assaulting one woman and robbing another while wearing a clown mask on Tuesday.
(Victorville Police Department)

Deputies detained Hernandez nearby because he matched the description of the suspect and the victim identified him as the man who attacked her.

While investigating that incident, deputies learned that a second victim called 911 minutes before the robbery to report that a man in a white clown mask had groped her in the parking lot of a grocery store roughly 1 mile away from the bank.

A search of Hernandez’s backpack turned up a clown mask and $500 that he allegedly stole from the second victim, according to police.

Authorities recovered a clown mask and $500 the suspect allegedly stole from one of the victims.
(Victorville Police Department)

Authorities urged anyone else who may have been an alleged victim of Hernandez to contact the Victorville Police Department at 760-241-2911.