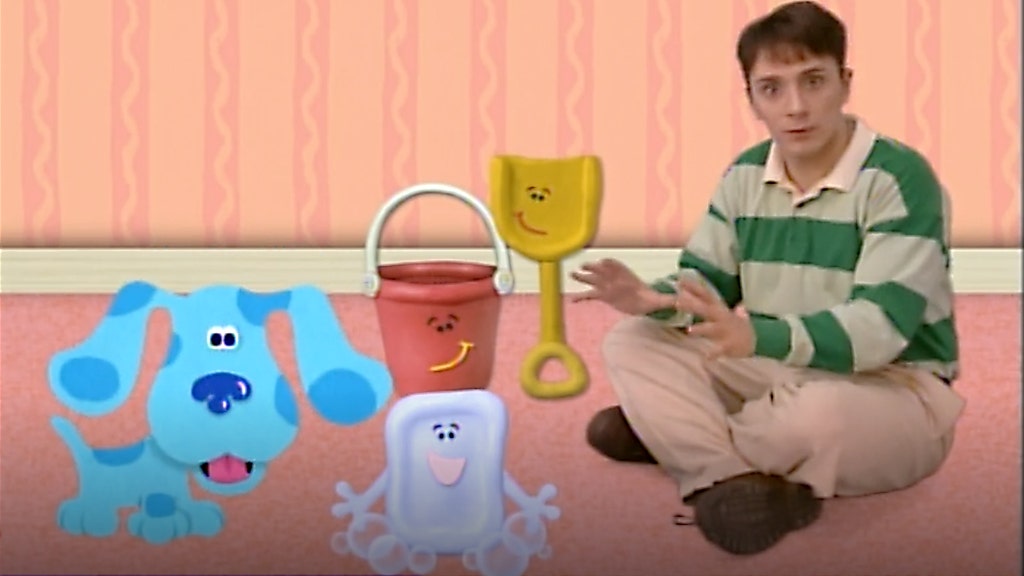 “Blues Clues” host Steve Burns got candid about his struggle with depression while filming the popular children’s show.

“I didn’t know it yet, but I was the happiest depressed person in North America,” the former kids’ show host told Variety. “I was struggling with severe clinical depression the whole time I was on that show. It was my job to be utterly and completely full of joy and wonder at all times, and that became impossible.”

“I was always able to dig and find something that felt authentic to me that was good enough to be on the show, but after years and years of going to the well without replenishing it, there was a cost,” the 49-year-old continued.

Burns became the host of the animated series in 1996, at the age of 22, going on to earn a Daytime Emmy nomination in 2001. When he exited the show in 2002, he explained on the show that he was going off to college and that his younger brother would take over.

“My strategy had been, ‘Hey, you got a great thing going, so just fight it!’ Turns out, you don’t fight depression; you collect it,” Burns said candidly. “After I left ‘Blue’s Clues,’ there was a long period of healing. It wasn’t until the death of my father that I really started to take things seriously, and my life became so much more manageable.”

“It made me think about things I hadn’t thought about, like legacy and the value of the things we’ve left behind,” he shared. “It forced me to reevaluate and take much more seriously my mental health. And New York City never was much good for my mental health.”

The show originally debuted on Sept. 8, 1996 and featured Steve, the character played by Burns, navigating his animated house and solving low-stakes mysteries with his animated pet dog, Blue.

In 2021, to mark the show’s 25th anniversary, Burns returned with a video message shared to the Nick Jr. Twitter account. The heartwarming message saw him address his absence from the series.

“You remember how when we were younger we used to run around and hang out with Blue, and find clues, and talk to Mr. Salt, and freak out about the mail, and do all the fun stuff? And then one day, I was like, ‘Oh hey, guess what? Big news… I’m leaving,'” Burns recalled on Twitter.

“Can we just talk about that?” he asked his grown-up fans in the style he used to address the camera with on the show. “Because I realize that was kind of abrupt. I just kind of got up and went to college. That was really challenging by the way, but great, because I got to use my mind and take a step at a time, and now I literally am doing many of the things that I wanted to do.”

He continued, “Look at all you have done and all you have accomplished in all that time. And it’s just… it’s just so amazing, right? I mean, we started out with clues, and now it’s what? Student loans, and jobs, and families, and some of that has been kind of hard, you know? I know you know.

“I guess I just wanted to say that after all these years I never forgot you. Ever. And I’m super glad we’re still friends…”

Burns reprises his role in the movie “Blue’s Big City Adventure,” which premieres on Paramount + on Friday.

Will Mendelson is an entertainment editor for Fox News Digital.