Bill Maher mocks Garland's special counsel appt: After two years, he decided to 'give it to somebody else' 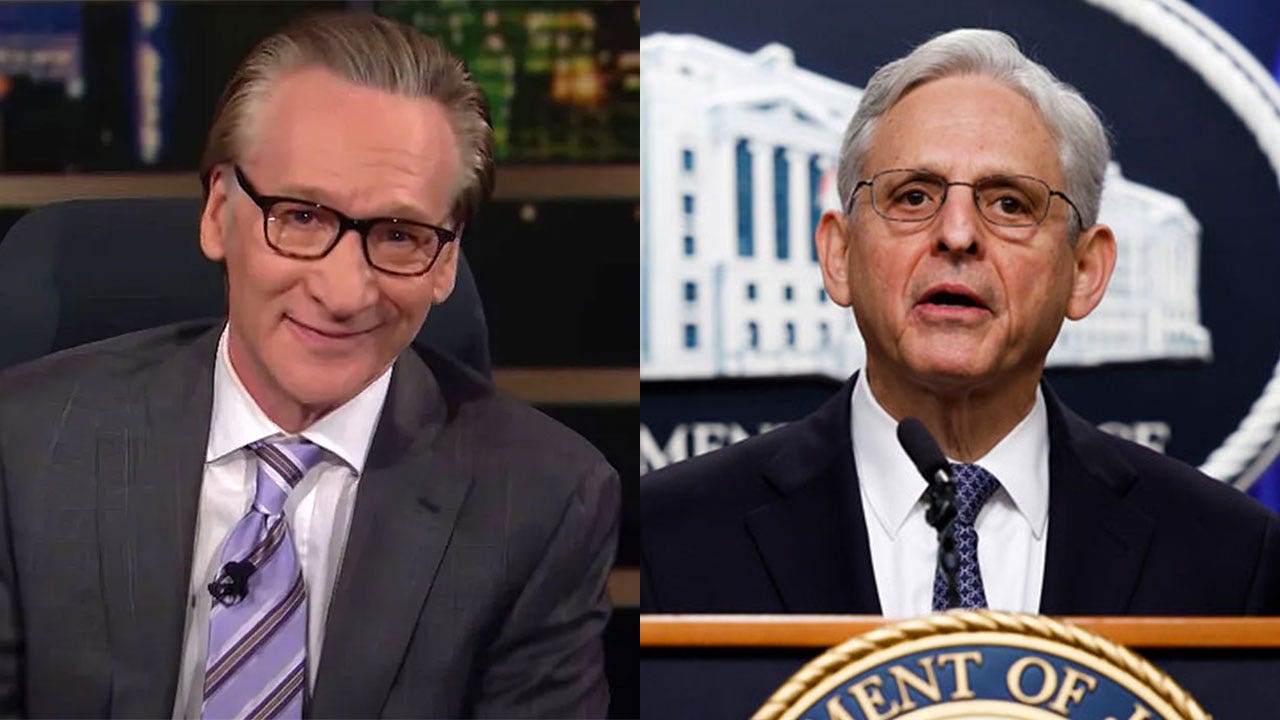 “Real Time” host Bill Maher had some fun at the expense of Attorney General Merrick Garland for passing the buck on the DOJ probes looking into potentially criminal wrongdoing of former President Trump.

Garland announced on Friday that he appointed former Justice Department official Jack Smith to serve as special counsel to oversee the probes investigating Trump’s actions following the 2020 presidential election leading up to the events of Jan. 6 as well as his handling of classified materials that were seized by federal agents at Mar-a-Lago.

The attorney general cited recent developments in the investigations as well as the former president’s formal entry in the 2024 presidential race as reasons for the appointment.

BILL MAHER CALLS DESANTIS ‘POWERFUL,’ RIPS ‘LOSER’ TRUMP: ‘HOW MANY ELECTIONS HAS HE NOW F’ED UP IN GEORGIA?’

U.S. Attorney General Merrick Garland delivers remarks at the U.S. Justice Department Building on November 18, 2022 in Washington, DC. Garland announced he will appoint a special counsel to oversee the Justice Department’s investigation into former President Donald Trump and his handling of classified documents and actions before the January 6th attack on the U.S. Capitol Building. Garland’s pick to oversee the special counsel is Jack Smith, an international criminal court prosecutor.
(Anna Moneymaker/Getty Images)

Kicking off the panel discussion on his final show of the year, Maher addressed the “breaking news.”

“I guess he did this on a Friday because maybe he was afraid? I don’t know,” Maher began. “He spent two years thinking about whether he should appoint a special counsel or what he should do about Donald Trump being a criminal.”

“And now he has made up his mind. He’s going to give it to somebody else to do,” Maher chuckled before noting the two probes, one being “that little thing” Trump did by trying to overturn the 2020 election and putting classified documents “in the shed next to the croquet equipment.”

CNN anchor Laura Coates agreed with the special counsel appointment, noting the major distrust of institutions and “if you can do one thing to undercut the argument that this is all politics, why not try?”

“You gotta,” Maher agreed. “He can’t let a guy get away with it! That’s a bigger precedent! I know there’s some bad sides of doing it.”

Maher later complained about how the DOJ didn’t take action to press charges against former President Trump “right after Jan. 6” rather than waiting nearly two years.

Trump blasted the special counsel appointment telling Fox News he “won’t partake in it” and calling it “the worst politicization of justice in our country,” while urging the Republican Party to take action.

“I have been proven innocent for six years on everything — from fake impeachments to [former special counsel Robert] Mueller who found no collusion, and now I have to do it more?” Trump said. “It is not acceptable. It is so unfair. It is so political.”