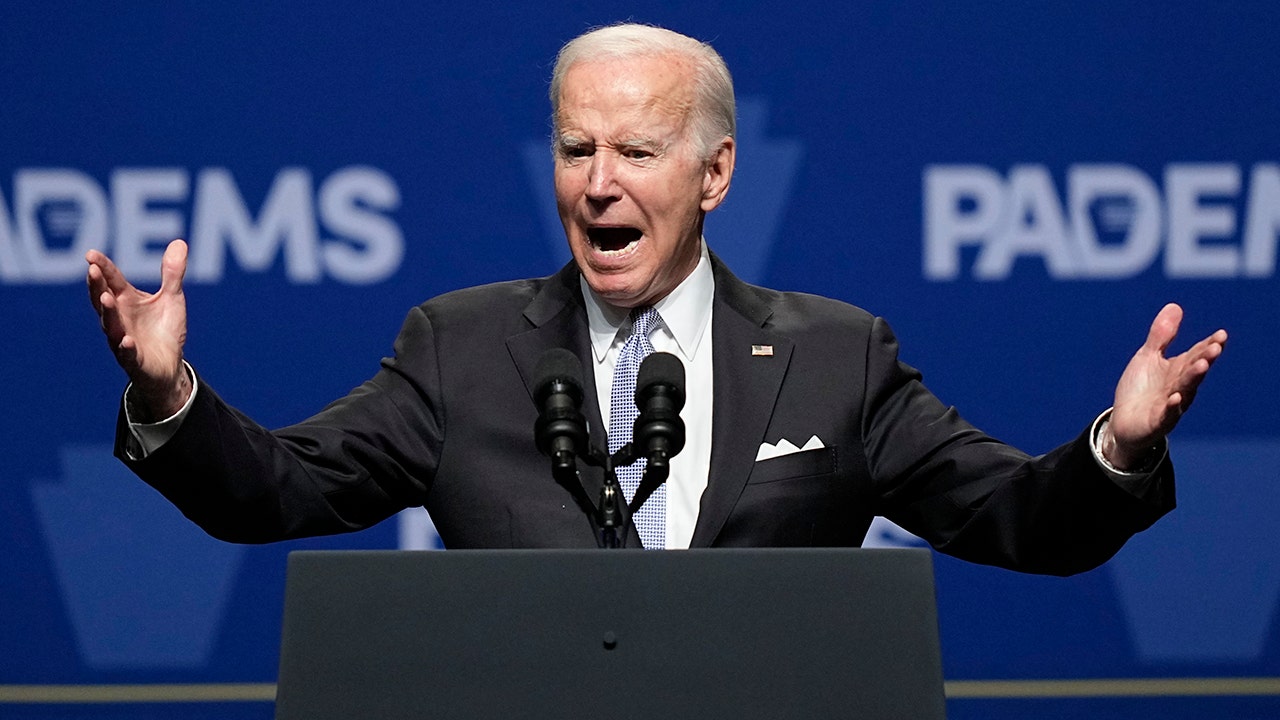 President Biden stumped for Democratic Senate candidate Lt. Gov. John Fetterman, but made only brief mention of the lieutenant governor, instead making an impassioned plea to choose between “two vastly different visions of America.”

“Democracy is on the ballot this year,” Biden told the audience. “Along with your right to choose, and your right to privacy. And the amazing thing is they’re saying it out loud.”

Fetterman and Dr. Mehmet Oz are locked in a tight race for U.S. Senate, though a recent debate performance filled with trailing thoughts and unintelligible answers threatens to upset Fetterman’s razor-thin lead.

In 34 minutes, Biden used one segment of the speech to mention Fetterman, and another segment at the end to criticize Oz.

“Imagine [U.S. Sen. Bob] Casey and Fetterman as partners in the U.S. Senate,” Biden said. “John has got a lot of experience serving the state as mayor and then as lieutenant governor.”

“And he leaves nobody behind,” Biden continued. “John leaves nobody behind –  whether it’s building an economy that works for everyone, keeping communities safe, protecting your rights and freedoms. Above all, John has enormous integrity. You know who he is, you know where he stands, and you also know John is Pennsylvania.”

Biden also displayed intense emotion over the recent attack at the home of the Speaker of the House.

“Enough is enough is enough,” Biden yelled at the Philadelphia fundraiser. “Every person of good conscious needs to clearly and unambiguously stand up against the violence in our politics, regardless of what your politics are.”

The husband of House Speaker Nancy Pelosi, Paul, was assaulted with a hammer early Friday inside his San Francisco home by an attacker identified by police as David DePape, who a law enforcement source tells Fox News was shouting “Where is Nancy, where is Nancy?”

Pennsylvania has proved to be perhaps the most scrutinized state of the midterm season as both parties view the Keystone State as crucial for their longterm plans.

President Biden and former President Trump will hold rallies in the same state during the crucial final weekend before the midterm elections, in a preview of a possible 2024 presidential showdown.

Biden is expected to rally with former President Obama Nov. 5, as Trump holds a rally that same day in western Pennsylvania for Oz.

Timothy Nerozzi is a writer for Fox News Digital. You can follow him on Twitter @timothynerozzi and can email him at timothy.nerozzi@fox.com