Biden must support protestors in Iran and enforce sanctions, or else 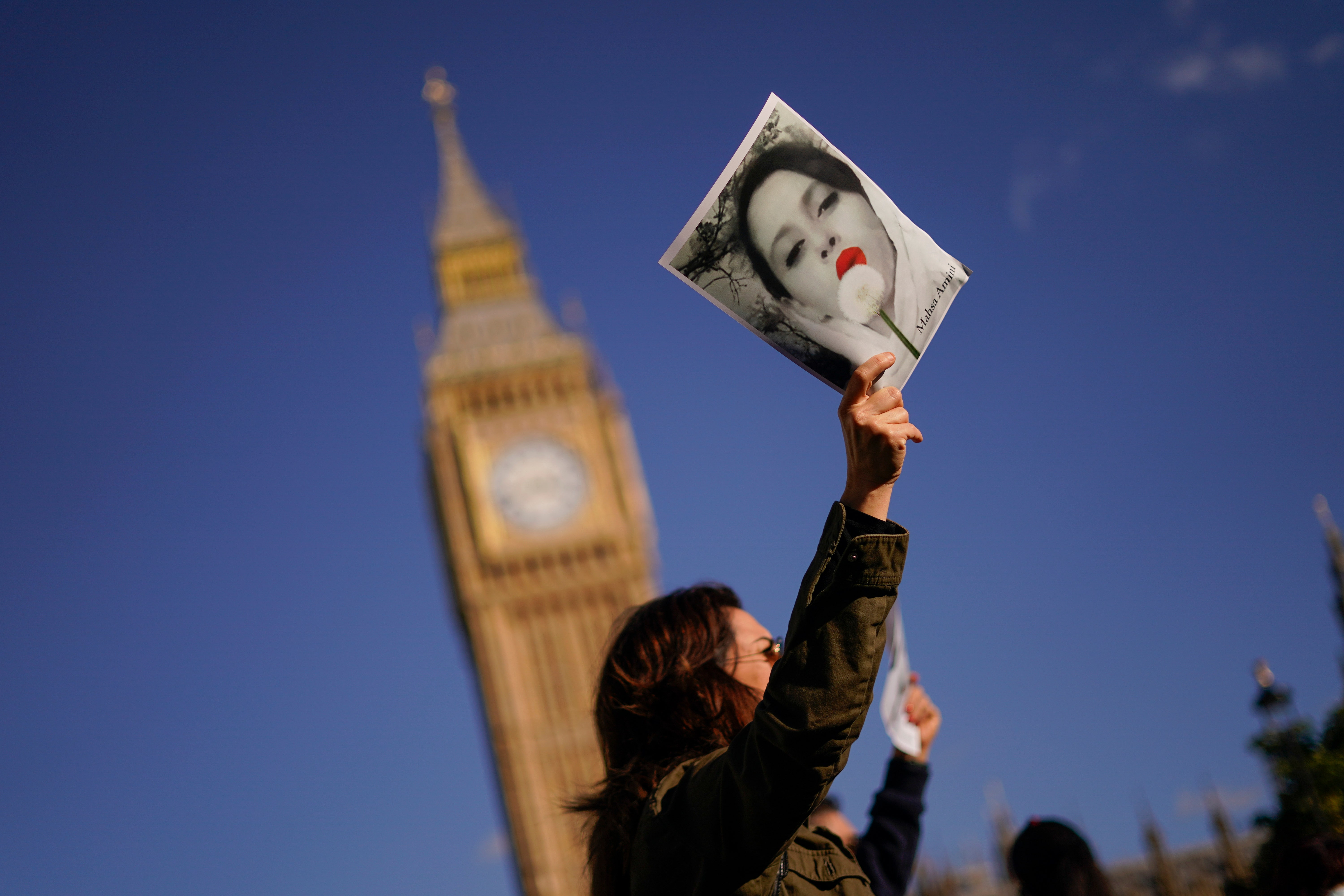 President Joe Biden has said that “the need for American leadership is as great as it has ever been.” The 2022 National Security Strategy recently released by the White House declares that the U.S. will work “with allies and partners to enhance their capabilities to deter and counter Iran’s destabilizing activities.” However, the administration’s record shows that it has much more it must do to meet the goals it has set for itself in dealing with Iran.

Under the Trump administration, the U.S. designated Iranian entities, including the Ministry of Petroleum, National Iranian Oil Company, and National Iranian Tanker Company, because of their longstanding ties to terrorism and applied “maximum economic pressure” on Iran. During the Biden administration, sanctions enforcement has not been as aggressive. As a result, Iran has obtained greater sums of money to invest in its military, its Islamic Revolutionary Guard Corps (IRGC), and its terrorist proxy forces and militias through black-market oil sales to China, Venezuela, and Syria.

Ship-tracking data and research gathered by United Against Nuclear Iran (UANI) shows that from 2018 to 2020, Iranian oil exports fell from 754 million barrels of oil to 315 million a year. In 2021, however, Iranian oil exports rose by 131 million barrels to 447 million. UANI believes that the value of that spike was $30 billion more for Iran, a 138 percent increase from the year prior. The cause, again, was inadequate sanctions enforcement.

The consequences have been very harmful. The Iranian regime did not use the ill-gotten billions to invest in early childhood education, clean water, infrastructure, or social welfare programs for its people. Instead, Iran earmarked huge sums for its military, including the IRGC, its terrorist proxies, and its street thugs who are seeking to silence Iranian civilians in protests that are now sweeping the country.

Using the official exchange rate against the U.S. dollar and data published by the Stockholm International Peace Research Institute and other public reporting, UANI calculates that Iran’s military budget shot up from $2.8 billion in 2020 to $10.5 billion in 2022. The IRGC’s budget alone increased from $900 million in 2020 to $3.6 billion this year.

The extent to which Iran’s terror proxies have benefited from healthier budgets in Tehran is not discernable through publicly available data. However, the anecdotal evidence that the lean years for them are over is abundant. Hezbollah is no longer closing offices, furloughing fighters, or lowering wages as it did when sanctions were strictly enforced. The Houthis have attacked targets such as commercial airports and critical infrastructure in allied countries like Saudi Arabia and the United Arab Emirates – which are home to tens of thousands of American expatriates – with some of the same advanced Iranian technologies presently deployed by Russia against the Ukrainian people. And Palestinian terror groups have been resupplied with thousands of rockets to launch in indiscriminate attacks that injure or kill Israelis and Palestinians alike.

The Iranian people have also been hurt by the looser enforcement of U.S. sanctions. A significant portion of the $30 billion that the Iranian regime was able to capture from evading lawful sanctions supports the Iranian police, including the so-called “morality police” unit responsible for the death of Mahsa Amini in September, the Basij paramilitary forces targeting their fellow citizens today, and human rights abusers in the Ministry of Intelligence and Security (MOIS).

There are hopeful signs that the Biden administration is moving toward recognition that the status quo ante, where diplomacy was supported by robust sanctions enforcement, is in American interests. In June and July, new sanctions targeting Iran’s oil sector were announced, but under an authority that would cause them to be lifted if the JCPOA were restored. Similarly, in September, the Treasury Department announced that entities in India, China, and the UAE that facilitate Iran’s illicit shipment of oil had been sanctioned. Much more, however, is required to slow Iran’s military and terror buildup, enhance U.S. security, support the Iranian people, and relieve the buildup of military pressure against our allies and partners in the region.

The Biden administration should commit itself to issuing swift and severe penalties against all individuals and entities supporting Iranian sanctions evasion, particularly in the maritime industry upon which Iran is so heavily dependent. Individual vessels ferrying Iranian oil should be sanctioned along with their owners, operators, and managers under existing sanctions. Flag states, insurers, port authorities, importing agents, classification societies, and other so-called maritime service providers, too, should comply with their obligations under U.S. sanctions or be made to suffer severe financial and reputational damage. Their failures have a very detrimental effect on U.S. national security, and their activities must be curtailed.

Economic sanctions are not a magic bullet in a comprehensive Iran strategy. They are a tool to support our diplomatic and military strategies to protect the U.S., our allies in the region, and the Iranian people from extremism and Iranian aggression. But if the sanctions are not aggressively enforced, they won’t help at all. In fact, they will hurt because the regime in Tehran will see it as a sign of our weakness, and they will take advantage of it.

Joseph Lieberman is chairman of United Against Nuclear Iran. He was the Democratic vice-presidential nominee in 2000 and a U.S. senator from Connecticut, 1989-2013.

Claire Jungman is the Chief of Staff of United Against Nuclear Iran.