Barack Obama, in Georgia, calls Herschel Walker a ‘celebrity who wants to be a politician’ 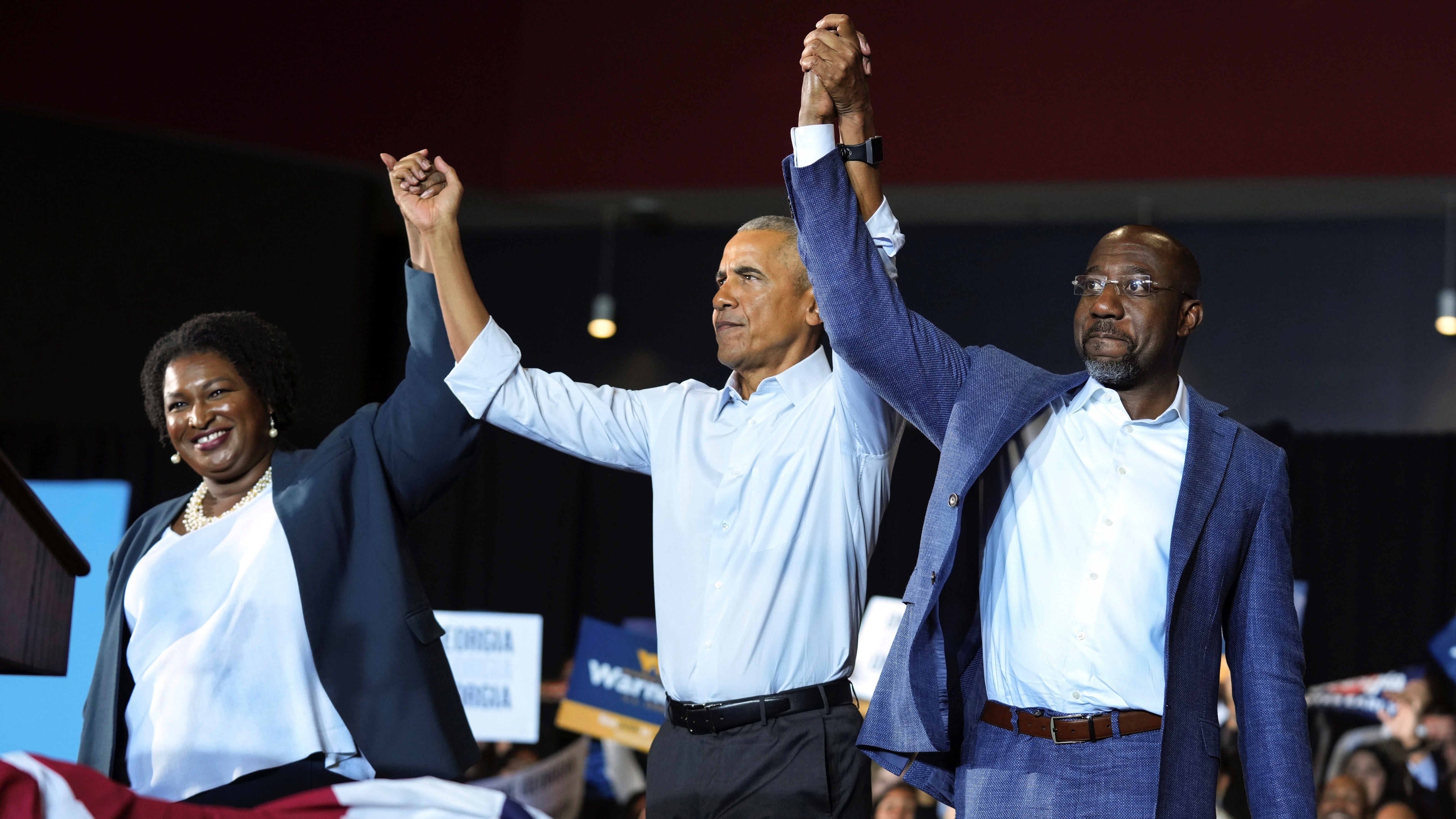 The former president, making his return to the campaign trail on behalf of fellow Democrats with just a week and a half to go until Election Day, criticized Walker, the former college and professional football star and first-time candidate, as “a celebrity to who wants to be a politician.”

Obama, who remains the most popular person in the Democratic Party nearly six years after he left the White House, is trying to perform some last-minute political magic as Democrats desperately try to hold onto their razor-thin congressional majorities in the midterm elections. The former president is headlining rallies in five states holding key Senate and gubernatorial races.

“I am here to ask you to vote,” the former president told approximately 7,000 people packed into an arena steps away from Hartsfield-Jackson Atlanta International Airport.

And pointing to the nearly 15,000 people who’ve voted already cast ballots in early voting – a midterm record in Georgia – Obama emphasized “you don’t have to wait until Nov. 8 to cast you ballot. You can vote right now.”

The former president was preceded at the podium by Democratic gubernatorial nominee Stacey Abrams, the voting rights champion who’s challenging GOP Gov. Brian Kemp in a rematch of their 2018 showdown. Polls indicate the conservative governor with an upper single digit lead over Abrams.

And Obama was introduced to the stage by Warnock, the pastor at Atlanta’s Ebenezer Baptist Church, where Martin Luther King Jr. once preached. The latest surveys suggest that it’s a margin of error race between Warnock and Walker.

The former president noted that “Herschel Walker was a heck of a football player.. one of the best running backs of all time.”

“Does that make him the best person to represent you in the United States Senate?” Obama asked the crowd, which resoundingly responded “no.”

The former president charged that “in the case of Rev. Warnock’s opponent, there is very little evidence that he’s taken any interest, bothered to learn anything about, or displayed any kind of information towards public service, or volunteer work, or helping people in any way. At least we really don’t know about it. And that does make you suspect.”

And pointing to both Walker and his close friend former President Donald Trump – who was best known as a reality TV celebrity and real estate mogul before turning to politics and succeeding Obama in the White House, Obama argued “seems to me he’s a celebrity to who wants to be a politician, and we’ve seen how that goes.”

SLEEPER SENATE RACES THAT MAY DETERMINE THE CHAMBER’S MAJORITY

Obama, pushing back against repeated GOP campaign trail attacks in recent months charging that Democrats are soft on crime, asked the audience “who will fight to keep you and your family safe?”

He touted that Warnock was someone “who worked with President Biden to pass the first major gun safety legislation in nearly 30 years,” and knocked Walker as “somebody who carries around a phony badge and says he’s in law enforcement.”

Walker has been criticized for overinflating his law enforcement credentials and was called out at his singular debate with Warnock two weeks ago for flashing an honorary police badge when the debate rules prohibited any props.

House before Obama’s appearance in Georgia, Walker jabbed at the former president.

At a campaign rally earlier on Friday, Walker pointed to Warnock and said “he’s bringing Obama down. Obama don’t even live here. So why is he bringing him down here to do something for him. Obama don’t pay no taxes here.”

“Get Obama out of here unless he want to come here and he can run for Senate too. I would beat him too,” Walker boasted.

Following his stop in Georgia, Obama campaigns in the Midwestern swing states of Michigan and Wisconsin on Saturday. The former two-term president heads to the purple state of Nevada on Tuesday, and the crucial northeastern battleground of Pennsylvania on Nov. 5. Four of the states hold high-stakes Senate elections that will likely determine which party will control the chamber’s majority going forward, and four hold high-profile gubernatorial contests.

With Democrats facing historical headwinds — the party that wins the White House traditionally suffers major setbacks in the ensuing midterm elections — and a rough political climate fueled by record inflation, soaring crime and a border crisis and accentuated by President Biden’s rebounding but still underwater approval ratings, Obama’s mission is to try to energize the party’s base.