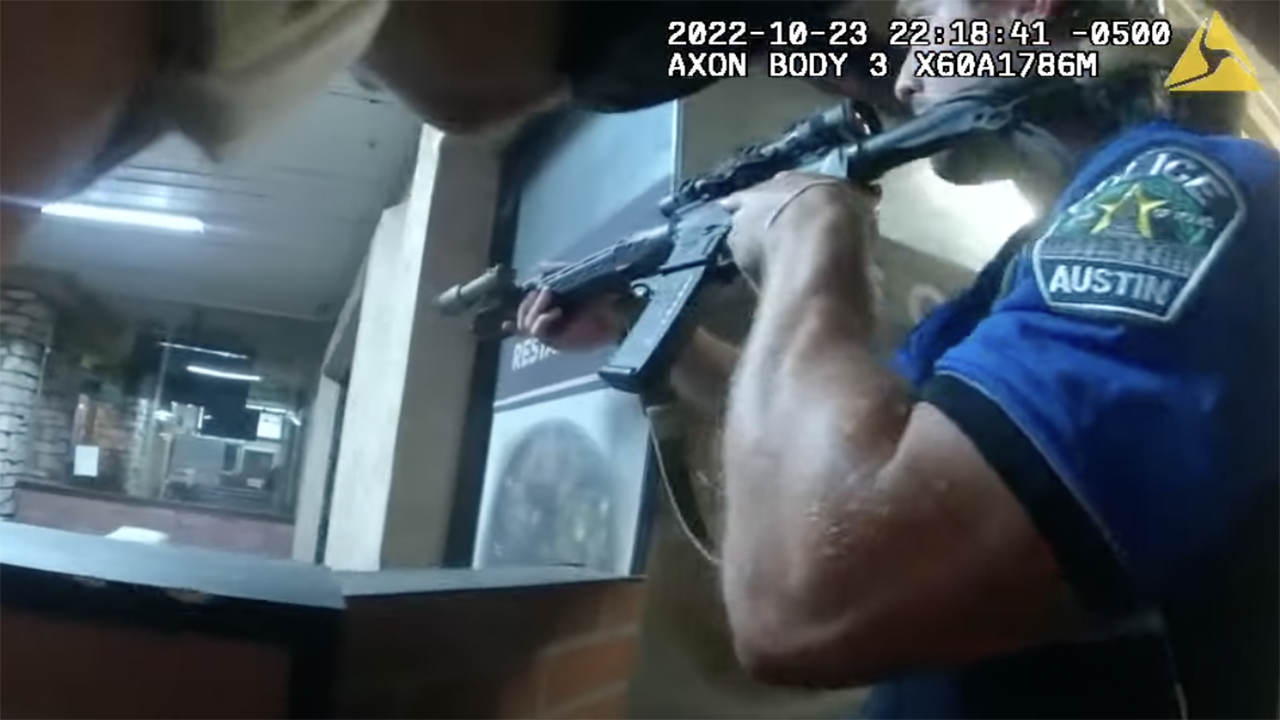 The Austin Police Department released body camera footage showing an exchange of gunfire with a suspect who was allegedly displaying a gun in a “threatening manner” and fired shots at officers on Oct. 23.

The incident began around 9:30 p.m. on Oct. 23 when police received a 911 call about a man displaying a gun at an apartment complex in North Austin.

Several officers staged outside the restaurant and instructed the suspect to come out with his hands up.
(Austin Police Department)

Officers responded to the area and quickly located Williams inside the front patio of a nearby restaurant.

AT LEAST 9 INJURED IN MASS SHOOTING OUTSIDE PHILADELPHIA BAR: POLICE

Attempts were made to evacuate the restaurant as an officer repeatedly instructed Williams over a PA system to come outside with his hands up.

Williams started firing a handgun about 30 minutes into the standoff with police.
(Austin Police Department)

Body camera footage released on Friday shows Williams on the patio with a handgun in front of him after he was struck multiple times by gunfire.

Williams, who has previous arrests for assault causing bodily injury and misdemeanor marijuana possession, was transported to a local hospital and is in stable condition. No one else was wounded during the shooting.

A handgun could be seen in front of the suspect following the shooting.
(Austin Police Department)

He’s currently being held on a combined $350,000 bond, according to jail records.

All five officers who discharged their firearms were placed on administrative duty pending an investigation.

Sinema's exit from Democrats could complicate efforts to organize Senate