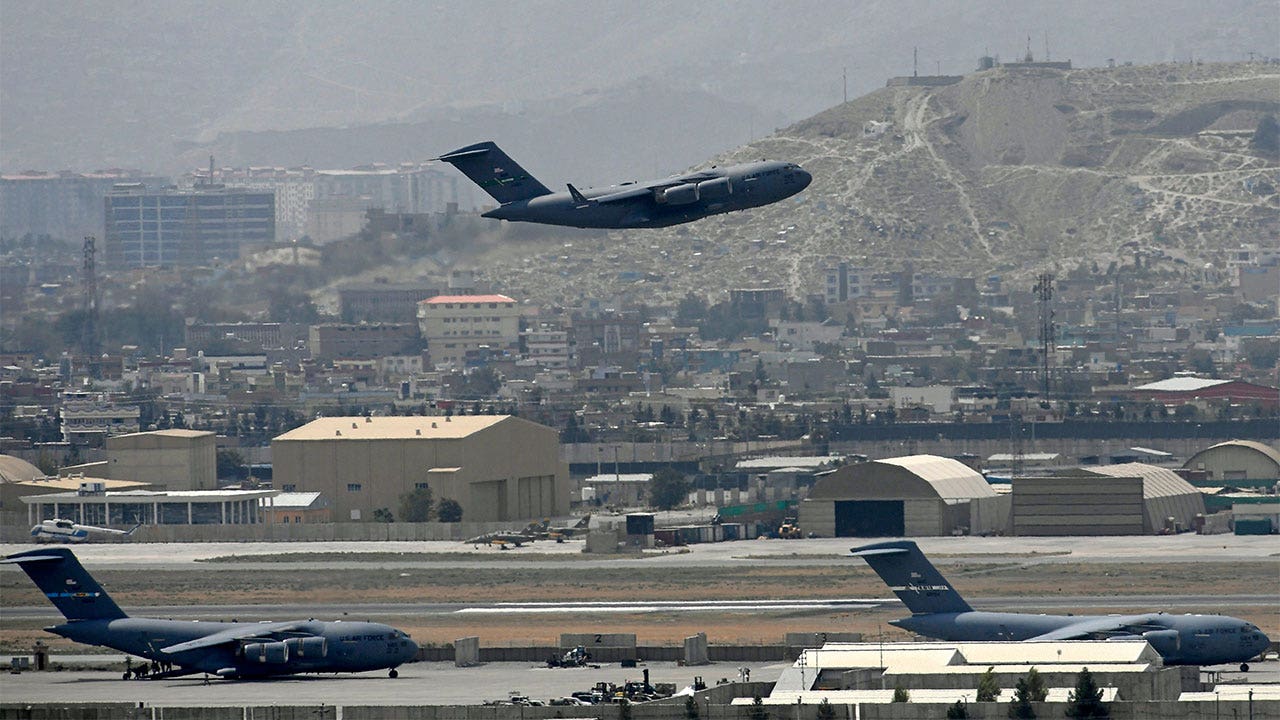 The U.S. Air Force crew that helped deliver a baby on an Afghanistan evacuation flight last year is set to receive the Distinguished Flying Cross.

“We are proud of the accomplishments of the dedicated crew and thankful that they are being recognized in such a distinctive way,” 315th Airlift Wing Commander Col. John F. Robinson said in a statement, according to a Military.com report last week.

An Air Force aircraft takes off from the airport in Kabul on Aug. 30, 2021.
(Aamir Qureshi/AFP via Getty Images)

“The baby was perfect! … a little bit small; it definitely didn’t make it full term, but it came out crying,” Green said in a press release after the birth. “She [the baby] seemed to be doing well in this world.”

Adams, one of the plane’s pilots, credited Connor for making a smooth landing after the midair delivery.

The crew will receive the Distinguished Flying Cross, which is given for acts of heroism or extraordinary achievement during aerial operations, for their efforts in a ceremony Monday, part of a backlog of awards for servicemembers who took part in the final days of the U.S. war in Afghanistan.

“Make no mistake, we should have done this last year immediately after the operation, and I recognize our airmen’s frustration with the process,” Air Force Gen. Mike Minihan, head of Air Mobility Command, said in a statement. “We’re making that right, and we’ve worked with our partners across the Air Force to ensure AMC is able to swiftly and effectively recognize our mobility warriors.”