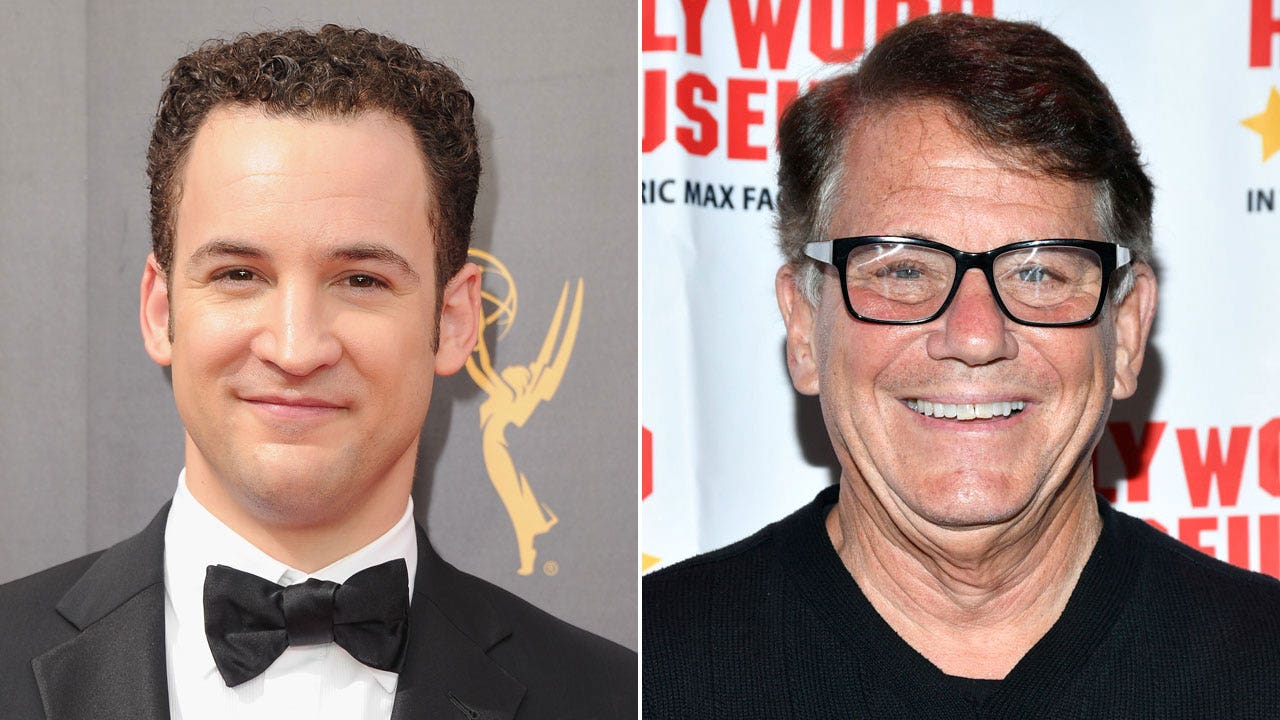 Actors Ben Savage and Anson Williams are up for election this year as Americans flock to cast their votes across the United States on Nov. 8.

The “Boy Meets World” star and the “Happy Days” star, respectively, join a growing list of celebrities who have made the jump from Hollywood to politics.

Most notably, former Presidents Ronald Reagan and Donald Trump were successful in the film and TV industry before holding the highest elected title in America.

Ben Savage is running for the city council in West Hollywood, California.

The actor revealed he was running because he wants to “restore faith” in the city’s government.

“The city is facing serious challenges around public safety, struggling businesses, inflation and the cost of housing. We need new leaders with a fresh perspective who are ready to begin tackling these issues.”

Anson Williams is running for mayor of Ojai, California.

According to the “Happy Days” star, who has called Ojai home since 2011, using his public platform to give back to his community is essential now more than ever. Some of his ideas include establishing a designated “base camp” outside the downtown area where tourists and tour buses park and pay, developing more public parking areas to relieve congestion, uniting businesses with Casitas Water District to implement new conservation programs, forging a bond with the school system and generating new sources of income.

“For me, this isn’t about politics at all,” he told Fox News Digital. “I’m not running for mayor to get into politics. I’m not a politician. I consider myself to be a collaborative leader. This is for my community. This is for my friends and all the people that make Ojai such a special, important place in our country.”

“I feel like I can lead us back in a positive direction for future mayors and future council members. But we need to start first. And I know I can take the lead. That’s why I’m running, and hopefully I’ll win.”

Here’s a look at some other stars who have held public office:

Ronald Reagan led a successful acting career before he made the jump into the political arena. He began his acting career in 1937 and would appear in 53 films in the next two decades.

His political ideology shifted from liberal to conservative after the issue of communism became more relevant in Hollywood. Eventually he decided to run for governor of California in 1966 and was re-elected in 1970.

Reagan was elected president in 1980 with George H.W. Bush as his running mate.

Reagan was well-known for his roles in films such as “Kings Row,” “Sergeant Murphy” and “The Hasty Heart.”

Donald Trump was elected the 45th president in 2016.
(Getty Images)

Before running for president of the United States in 2016, Donald Trump starred as host of “The Apprentice.” The show ran from 2004 until 2017.

Contestants competed to work as an apprentice to Trump on the reality TV show.

Trump ran for re-election in 2020 but lost to the current president, Joe Biden.

Arnold Schwarzenegger served as the governor of California from 2003 to 2011.
(AP)

Arnold Schwarzenegger had a successful Hollywood career before he entered politics.

Schwarzenegger was elected governor of California in 2003 after defeating incumbent Democratic Gov. Gray Davis in a recall election.

Before entering the political arena, Schwarzenegger competed in body-building competitions and appeared in many successful films. He’s known for many roles, including “Predator,” “Conan the Barbarian” and “The Terminator.”

Schwarzenegger revealed during a conversation with his daughter, Katherine, via Instagram in 2021 that he “had this fixation about fixing the state and making the state better.”

Jerry Springer once served as the mayor of Cincinnati.
(Slaven Vlasic/Getty Images)

Jerry Springer was elected mayor of Cincinnati in 1977 after serving as a councilman.

However, he also remained a Hollywood star. From 1991 until 2018, he hosted “The Jerry Springer Show,” a raucous show with public airings of guests’ personal dramas, complete with chair-tossing, brawls and heated accusations of infidelity.

The actor is also known for his role in “Ringmaster.”

He ran unsuccessfully for the Democratic governor nomination in 1982 and has flirted with other statewide runs in more recent years.

Clint Eastwood holds up a T-shirt proclaiming him mayor of Carmel-by-the-Sea, California, during his acceptance speech on April 9, 1986.
(Getty Images)

Actor Clint Eastwood served as the mayor of Carmel-by-the-Sea, California, from 1986 until 1988.

At the time, Eastwood had starred in several well-received Hollywood films but pressed pause on his career to jump into the political arena. After his term was over, he did not run for re-election.

He went on to star in hit films including “Million Dollar Baby,” Gran Torino” and “Unforgiven.”

Sonny Bono stands before electricity generators in the desert plains of Palm Springs in 1991.
(Paul Harris/Liaison via Getty Image)

Following his high-profile marriage and successful music career with Cher, Sonny Bono elected to run for office. He landed the position of mayor of Palm Springs, California.

Following his tenure as mayor, Bono also held a position in the California House of Representatives.

Al Franken was elected to the Senate as a representative for Minnesota in 2008 and served in his role until 2018.

However, before politics, Franken gained fame as a comedian.

Most notably, Franken appeared on “Saturday Night Live.” He also worked as a writer for the show from the 1970s until the 1990s.

Fox News Digital’s Stephanie Nolasco and the Associated Press contributed to this report.