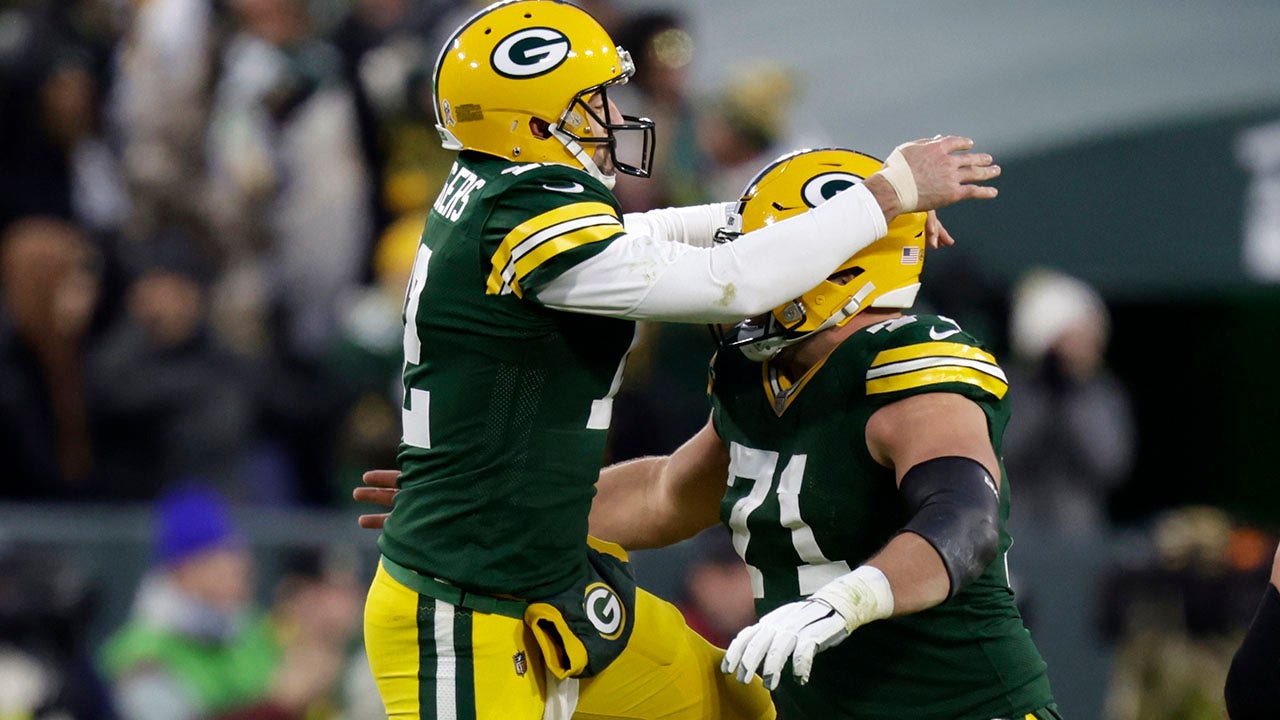 Aaron Rodgers’ quick pass to Allen Lazard went 36 yards and set up Mason Crosby for the game-winning field goal in overtime on Sunday night to win the game for the Green Bay Packers over the Dallas Cowboys, 31-28.

It was a coming-out party for wide receiver Christian Watson.

He appeared to be getting on Rodgers’ bad side early in the game with a couple of drops. But he turned it around quickly and in a big way. Watson finished with four catches for 107 yards and three touchdowns. All of Rodgers’ touchdown passes went to the rookie.

Rodgers, who was playing with a hurt thumb, managed to go 14 of 20 with 224 passing yards. He was sacked twice and didn’t throw an interception.

Lazard had only four targets in the game. He caught three passes for 45 yards, including the big one in overtime to help set Crosby up for the field goal. A Dallas penalty for a facemask on Jones also helped the kicker get into position.

Dallas was up 28-14 going into the fourth quarter before Rodgers and Watson exploded.

Prescott had three touchdown passes and 265 passing yards on 27-of-46 passing. Both of Prescott’s interceptions came in the first half and led to Packers touchdowns on the following drives.